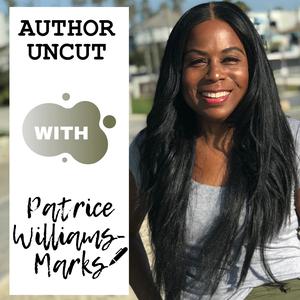 S1. E22. Author Uncut Podcast Final Episode of Season: My Life During the OJ Simpson Trial and Why He's Still a Headline Maker

THIS IS MY FINAL EPISODE OF THE SEASON.  Season 2 Episode 1 will air Monday, February 10, 2020. (Note: There are graphic descriptions).

The words "Not Guilty" set one man free, but somehow made all African-Americans, no matter their varied opinions, the enemy.

"... the defendant, Orenthal James Simpson, not guilty of the crime of murder..."

The  Trial of the Century had come to an end. The verdict hit the airwaves  and the eyes of the nation descended on the city that made superstars  out of attorneys.

As an African-American recent college graduate  living and working in the city, that verdict had a profound effect on me  and the life I made for myself. The trial and the shocking verdict  served as the impetus for what would be months of turmoil and unrest.

From the horrific Rodney King  assault, to the unsettling residuum following the O.J. Simpson verdict,  my life changed in profound ways.

** Do you still feel the same way that you did when the verdict was announced?

My Life During the OJ Simpson Trial:  https://smile.amazon.com/Life-During-J-Simpson-Trial-ebook/dp/B01CNM4ISC/ref=sr_1_1

Want to suggest a future episode or send a comment? Email me at: mailbag at patricewilliams marks dot com

Patrice [00:00:00]
hi and welcome to offer uncut I'm your host and author Patrice Williams Marks. Today is my last episode of the season. I'll be sharing with you guys my take on the O. J. Simpson trial and why he's still making headlines after 25 years since the verdict. But first, if you enjoy my podcast, I'd be grateful if you spread the word by leaving a rating and a review.

Patrice [00:00:34]
Author on Cut can be found wherever you enjoy listening to your podcasts. All right, Mr Cochran's Your, uh, Simpson, Would you please stand and face the jury? This is Robinson Superior Court of California County of Los Angeles. In the matter of the people of State of California vs Orenthal James Simpson Case Number B A.

Patrice [00:00:58]
097211 We the jury in the above entitled Action, Find the defendant or Orenthal James Simpson not guilty of the crime of murder in violation of penal code. Section 1 87 A A felony upon Nicole Brown Simpson, a human being as charged in Count One of the information. October 3rd 1995.

Patrice [00:01:21]
The jury found O. J. Simpson not guilty after the verdict was read. Some black people were too celebratory. While some white people were outraged in 2019 most people still hold on to their original opinions of O. J and the murder of his ex wife Nicole Brown Simpson and her friend Ronald Goldman, O.

Patrice [00:02:13]
J Simpson within this elite group. Booger stands by his picks now to do a quick rehash of the trial. I'm going to first start with Rodney King. He was beaten within an inch of his life by a group of cops in 1991. It was an extremely vicious beating.

Patrice [00:02:35]
This is what happened to him now. 15 or more Los Angeles police officers pummeled and hog tied him after a traffic stop. He was tased, handcuffed and left bleeding on the side of the road from multiple kicks and stomps by still booted officers. 56 Countem, 56 baton swings landed on Rodney School, his arms, his spine and his legs.

Patrice [00:03:10]
They continue the torture even after he lay lifeless on the ground. When it was over, they tossed him into an ambulance. Now that assault lasted several minutes, with over 15 officers participating in some fashion or just standing around and watching and not reacting. Years later, Rodney King described his injuries.

Patrice [00:03:34]
He had a cracked eye socket, which was replaced by a metal plate, he described. The injury s cracking like an egg. He had a crushed cheekbone, which also required a metal plate. His leg was broken. He had multiple fractured ribs, bruises and contusions covering every inch of his body.

Patrice [00:03:58]
He had nine skull fractures with nerve damage, which left his face partially paralyzed. He suffered from migraines until the day he died. Now that wasn't a small beating. That is shocking. George Holiday videotape this incident and it was shown across the nation on TV, something that hadn't been seen since the black and white footage from the civil rights there, An all white jury and see me Valley California found all of the officers not guilty.

Patrice [00:04:35]
Now I mentioned Rodney King because of that event had a polarizing effect on people of color and law enforcement. The L A insurrection of 1992 soon followed. Then along came O. J, a beloved figure within the black and white communities. Despite his history of violence, Nicole and her friend were murdered outside her condo in Brentwood.

Patrice [00:05:03]
Then OJ became a suspect. Then I think we all remember if you were alive than an old enough, the slow, infamous Bronco Chase on the L A freeways. After that, O. J gave himself up at his home, even considered suicide before assembling the Dream Team, who eventually sold enough doubts into the jurorsminds enough so that they rendered a not guilty verdict in 1995.

Patrice [00:05:34]
The cheers from some in the black community. We're not simply because they felt O. J was innocent, far from it, but because they felt that the system that let those officers who beat Rodney King get off now let o J get off. They felt it was poetic justice.

Patrice [00:05:54]
But this was not a great time for black people. I lived in a mostly white part of town near Griffith Park in Los Angeles. Locals refer to that area as lost feel ISS. Once I stepped out of my car in the parking lot, I had at least three people stop in their tracks and stare at me.

Patrice [00:06:14]
It was the strangest and most disturbing moment I had experienced. Up until then. I ignored them and walked into the store, hoping they would not key my car or simply wait for me to exit the store. This wasn't the Deep South or the Appalachian Mountains. This was Los Angeles now.

Patrice [00:06:36]
I had been to that store many times before and found the clerks friendly and attentive. I had recently just bought a chocolate fudge birthday cake there for my younger sister, but the mood had shifted drastically. Right after the verdict, shoppers and employees were talking about the trial, some an excitable fashion, no longer where they whispering their thoughts and because of the color of my skin, I was labeled a supporter.

Patrice [00:07:07]
I had planned on taking my time in the store, but quickly changed my mind and grabbed only a few things. I'm not going to tell you I was verbally assaulted or attacked or anything like that. That didn't happen. But what is more insidious than laying a collective rage on the shoulders of a stranger because they're black.

Patrice [00:07:31]
I felt that rage. It was frightening. I had no idea if something was about to happen or not. I just knew that the hairs in the back of my neck stood up. I quickly paid for my groceries and bristly walked back to my car. The normally friendly cashiers offered no friendly chatter.

Patrice [00:07:54]
Just gave me my change and receipt. This tense standoff lasted for longer than I care to remember. It wasn't only a few days, but months before I felt safe again, and I was not alone. Others felt the backlash of the not guilty verdict this well. Jesse Jackson's Washington office was inundated with death threats and hate mail as we're black churches.

Patrice [00:08:22]
Suddenly, everything and anything Black became a target for angry mobs who felt justice had been denied. It was a frightening time. Also, during this time it got me to thinking about all of the injustices that had been done to African Americans, including Rodney King. There are way too many cases to mention where blacks have been.

Patrice [00:08:49]
Lynch shot, dragged behind pickup trucks unjustly incarcerated. So where is the outcry for those injustices. The incarceration of people of color spiked with police and judges admitting that they were throwing the book at thes people and retaliation for the O. J. Simpson not guilty verdict. Now that is a fact, and that's very scary.

Patrice [00:09:16]
So other people paid the price. Those wounds are deep, and they linger now that O. J. Has regained his freedom after serving time in a Nevada prison for another crime, people still want him canceled, as in cancel culture for someone I never met. He's affected my life in more ways than I can imagine.

Patrice [00:09:42]
I actually wrote a book. It's called My Life. During the O. J. Simpson trial, I did a ton of research and didn't just rely in my memory. I share actual evidence, specific transcripts, the Furman tapes, blood evidence, D n A evidence, and so on. If you want the facts of the case and my personal experience, pick up the book.

Patrice [00:10:08]
So do I believe O. J. Was innocent or not? Do I believe he should have been found not guilty or not? Those are two different questions. I go into my reasoning in my book. You may be surprised is how I see all of this. Tell me, are you over O.

Patrice [00:10:28]
J. Simpson and the trial, or are you still a CE? Mad as you were 25 years ago? Let me know by visiting my anchor dot FM page, the link is in the show notes and click on the button message toe. Leave me a respectful voice mail. I'd love to hear from people who experience the trial of the century.

Patrice [00:10:50]
I may just use your voice smell in a future podcast. As I mentioned before, this is my last episode of the season. I want to thank you for joining me for my very first season of author Uncut. It has been amazing connecting with all of you. Season two begins Monday, February 10th 2020 one.

Let your sound be found.

Sign up for our newsletter, and we'll transcribe one episode of your choice for FREE.