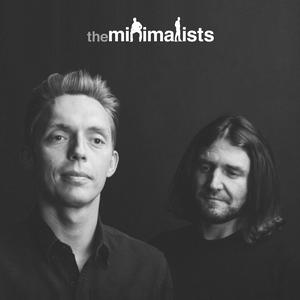 Joshua and Ryan discuss if it's possible to achieve universal morality with mathematical physicist, economist, and podcaster Eric Weinstein. Listen to “Maximal” episodes of The Minimalists Private Podcast exclusively at patreon.com/theminimalists

Joshua [00:00:00]
bad men in lists. There is no minimalist rule book. Well, until now, the Minimalists have created 16 rules for living with a Less a free e book, which you can download right now at the minimalists dot com slash resource is enjoy, Michael says. Can universal morality exist? Sam Harris seems to think so, but reality shows otherwise.

Joshua [00:00:32]
Uh, um, I don't I read the moral landscape. Ah, and I don't know what he's talking about is a universal morality. More so. He's talking about a landscape of of peaks and valleys, moral peaks and moral valleys. What are your thoughts on this? You know that you're the gas man.

Joshua [00:00:54]
I would love to hear what you think about it. Oh, I see the guest gets the hunt. Yeah, Um, I have a very unpopular view on this. We will end on something else, but here's the Here's the view. The view is is that morality starts off as a means of out competing other tribes.

Joshua [00:01:12]
So if you have a moral tribe where, like you don't screw each other over, you're gonna be better able to form a battalion that can fight effectively. You know, we know nobody gets left on the battlefield, and you know we have to take care of each other. I've got your back.

Joshua [00:01:28]
If you if you can make that stuff work, you have a competitive advantage. Is a society over the society that's like induced to screw each other over? Ever noticed these reality competition shows? And they have the contestants and they do interviews with them, and I don't really watch any of these.

Joshua [00:01:49]
But I just like the interviews because a person says always, I'm not here to make friends. I'm here to win, you know? And it's like, Okay, so it's corporate America telling us to stab each other in the back, right? Well, no, thank you, because that's not how we beat the Japanese and the Germans in World War Two.

Joshua [00:02:09]
We have a culture, and we have a belief in each other, and all were being induced to hate each other all the time out group. And so my belief is that morality begins as a competitive weapon between societies. Now the really interesting question is, can we make the jump to universal morality and start to turn nonsense Ian things into the enemy?

Joshua [00:02:41]
So, for example, is our climate problem Now the enemy, like our own need for economic growth, is that become the enemy or, um, is ultra nationalism our enemy universally? And can you know our nuclear weapons, the enemy? So none of those things really make sense is an enemy.

Joshua [00:03:06]
It's like declaring the war in cancer. Cancer isn't something you can have a warrant. So at the first level, it's like the war on drugs, the war on cancer. All that stuff is stupid but weirdly, one level above that. It's actually the right idea, because it's very hard to get people out of bed for things that aren't a war, right?

Joshua [00:03:24]
And so, in order to do that, you have toe hack anthropomorphize exactly. Have to hack your own psychology that was built over millennia and so universal morality is a completely unproven thing. It probably doesn't exist. If we can't figure out how to do it, we may be toast, so it's a really interesting problem.

Joshua [00:03:44]
Can we create universal morality when morality was built out of non universality? Right? It's a really depressing, inspiring, horrible, wonderful question. Who ever asked that? All right, we hope you found value in that stand alone quickie episode. If you enjoyed it and you want Maur, Ryan and I record a long form, maximal episode each week over at the Minimalists private podcast, find all the details and all the good stuff, including an additional private podcast episode every week over at the minimalists dot com slash support mammals.

Let your sound be found.

Sign up for our newsletter, and we'll transcribe one episode of your choice for FREE.